The AGLDWG aims to communicate the benefits and technical aspects of Linked Data use in government. Here are Linked Data systems and datasets already implemented by Australian government agencies as well as a presentations by group members.

Linked Data resources for which this group has allocated persistent identifiers are:

This catalogue only lists operational Linked Data resources that have identifiers allocated as placeholders only. The catalogue itself is a Linked Data system and can be navigated via Linked Data link hopping.

Below are listed some: 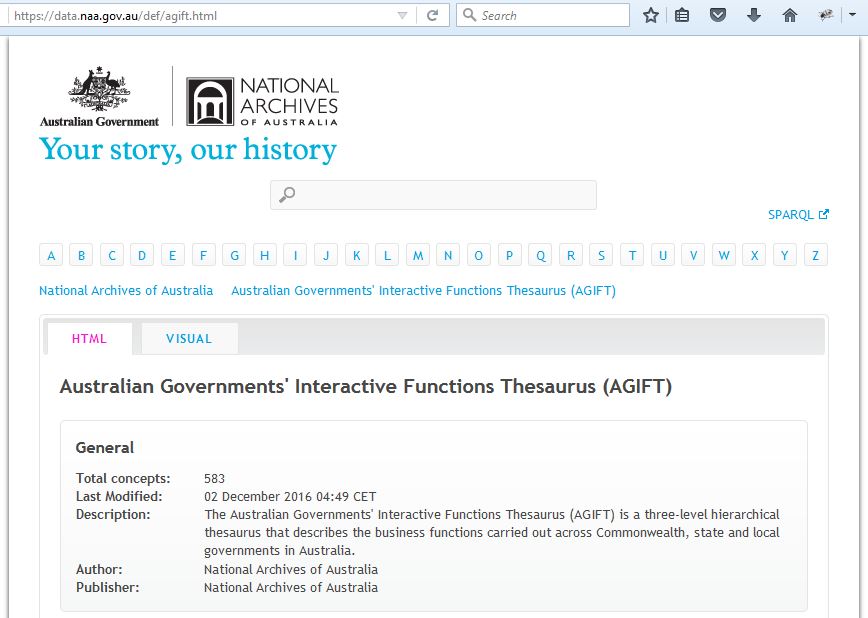 AGIFT is a vocabulary delivered by the National Archives of Australia that lists functions performed by government. The web page delivering AGIFT is a system that allows for both human and machine-readable versions of the vocabulary formalised using the SKOS ontology.

The system used is the commercial PoolParty product. 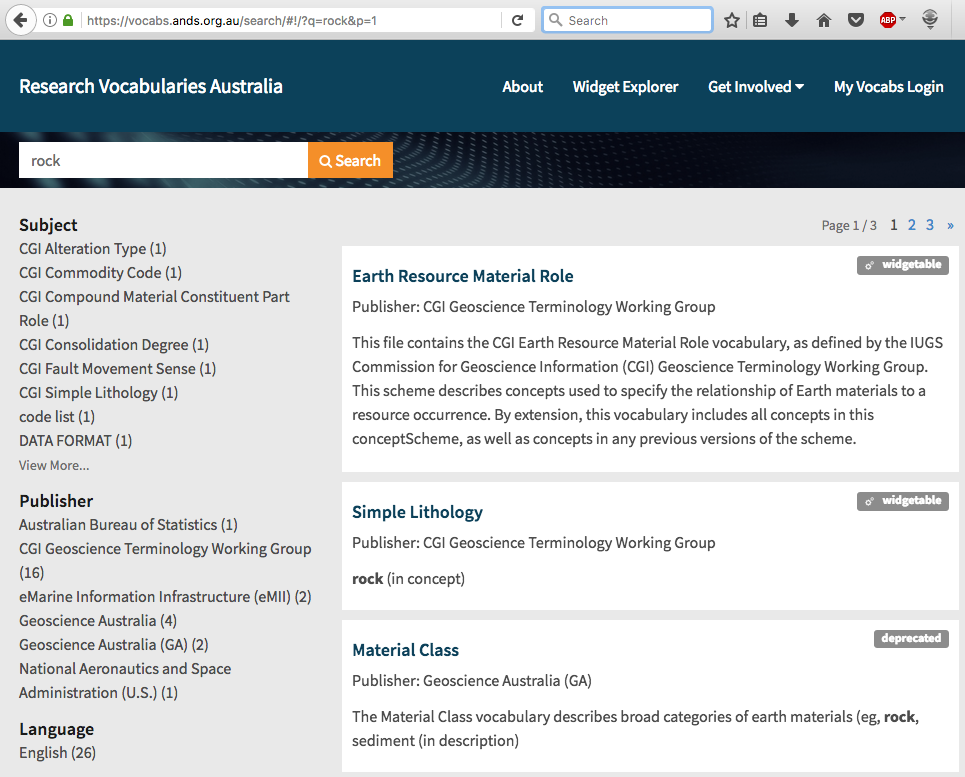 One of the core tasks of Linked Data is to uniquely and usefully identify resources - information items - on the web. This is usually done with URIs which are just a slight extension to web page URLs allowing for non-web page things to be linked to, e.g. vocabulary terms in machine-to-machine data formats.

Agencies with datasets in the environment domain of government functions, such as the Bureau of Meteorology, can put Linked Data datasets online and use the proxying functions of this PID URI Service to create persistent identifiers for the datasets and their subcomponents which resolve to them, regardless of where and how they are implemented under the hood.

The PID URI http://environment.data.gov.au/def/op to CSIRO "Observable Properties" ontology which is a Linked Data resource about environmental properties. It's hosted on a CSIRO system but the PID makes it accessible via a nice, ordered, URI that won't change, even if CSIRO changes things (it can be redirected).

A cache of "Australian" Linked Data (i.e. LD attempted to be sourced from Australia only, but this is hard) is being worked on by University of Canberra students and Geoscience Australia.

This dataset will be presented here in August, 2017.

"Experimental Environmental Linked-data published by the Bureau of Meteorology"

The Bureau of Meteorology (BOM) in collaboration with the National Plan for Environmental Information Initiative, the Australian Government Information Management Office (AGIMO) and the Information Engineering Laboratory of the CSIRO is providing experimental resources for Linked Data under lab.environment.data.gov.au. The data published under this domain makes data available in a Linked Data fashion, and illustrates some of the capabilities that can be developed with Linked Data.

Some of its features: